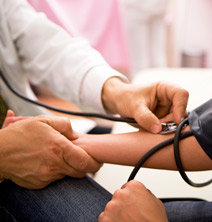 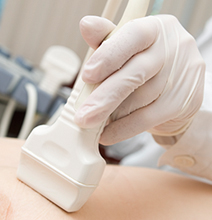 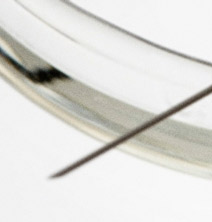 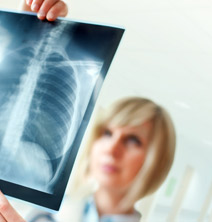 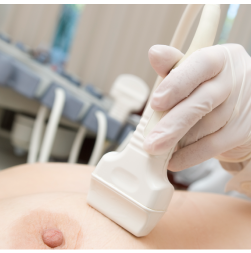 This is the exam normally used for young women, ages between 20 and 45.

It relies on ultrasounds, which are non-audible sound waves, to visualize breast tissues.

Sound waves are shot into the body until they find a boundary between tissues (e.g. fluid to soft tissue) that acts as a barrier reflecting the waves back to a probe. The remaining waves keep moving until they too find an obstacle and are reflected. The different patterns of reflection are computer analyzed to create a 2D image of the breast.

Despite not having as much resolution as a mammogram, ultrasounds can be excellent complementary tests.

They allow, for example, to determine the density of a nodule; if it is solid or full of fluids (a cyst).

Because they can provide this kind of information, while also being simple and non-invasive, it is common to do an ultrasound before performing a biopsy.

In stereotactic biopsies, the ultrasound is also used to guide the doctor to the precise position of the tumor/sample to remove.