Cancer and the organism
Lymph nodes 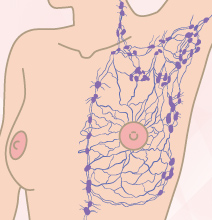 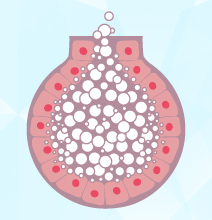 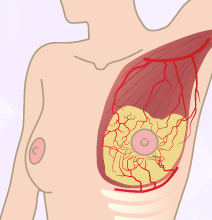 Cancer and the organism 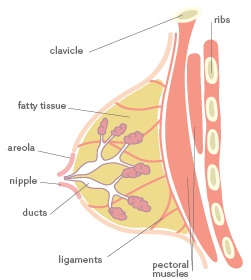 A large percentage of breast malignant tumors develops in the mammary glands. They typically appear as a single nodule, hard and often painless.

Besides fat and supportive tissue, the breast also contains lobules (glands that make milk) and ducts (the fine tubes that transport milk from the lobules to the nipple).

When a cell covering one of these structures suffers dangerous genetic changes it starts to multiply without control forming a small tumor.

If malignant, the tumor also has an ability to move. It can break the membrane around lobules and ducts and spreads throughout the breast. It can also invade the lymph nodes and other organs in the body.

“Every month countless cells multiply and degenerate in the mammary gland”.