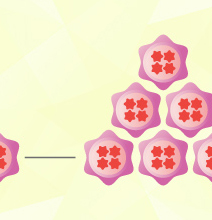 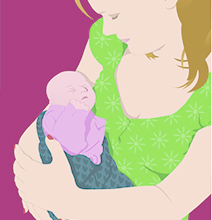 When a mutation affects the genes behind the DNA repair mechanisms, the cell becomes genetically unstable.

If the cell survives the genetic abnormalities, it could degenerate into cancer.

The genes that once mutated most often lead to cancer are those linked to:

A tumor is a clone of cells (a clone is a mass of identical cells originated from a single cell), which multiply fast and are resistant to death. As the tumor grows, the cells continue to accumulate genetic changes.

In fact, the tumor ability to move and invade other tissues - which characterizes malignant tumors/cancer - is acquired normally later in its growth.
If the immune system does not detect and eliminate on time the malignant cells , the cancer spreads.

This is the reason why any persistent “mysterious” symptoms– for example diarrhea or pain – should, without fail, be reported to the doctor. So, in the rare event that they result from cancer, the disease can be caught early and before its cells become mobile, increasing the chances of a cure.

Malignant tumors are not balls of cancer cells, but very similar to an organ with different cells and even blood vessels.

Contrary to common belief:
Malignant tumors are not just balls of cancer cells. In fact, they show a structure not dissimilar to that of an organ. They are made up of many other types of cells (attracted by substances produced by the cancer cells), and even have their own blood vessels developed to assure that the fast-dividing cancer cells are always well fed.