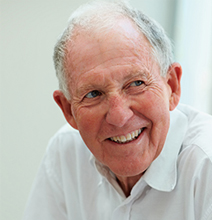 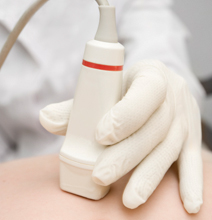 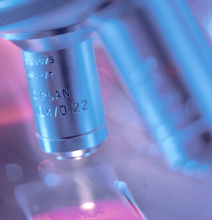 In men, breast cancer usually appears after the age of 68.

1 in every 5 men who develop breast cancer have close relatives with the disease.

Genetic changes in the BRCA2 gene cause about 10% of all male breast cancers.

BRCA1 gene mutations can also cause breast cancer in men, but much less frequently.

Men with these mutations typically have a strong family history of breast or/and ovarian cancer where the disease appears at a young age (before 35 years old).

Mutations in other genes - such as CHEK2 e PTEN – although far more rare, can also cause hereditary breast cancer in men.

The Klinefelter syndrome is a genetic condition (so present at birth) that affects 1 in every 1000 men.
Men with this syndrome have at least 1 extra X chromosome, sometimes as many as 4.
Homens com este sídrome têm um cromossoma Y sexual e, pelo menos, 2 cromossomas X.

Because of the extra X chromosome(s) these men have small testicles and are frequently sterile (unable to produce sperm). Other symptoms include longer legs, thinner beard and high voice.

Females have two X sexual chromosomes, while men have one X and one Y. So women are XX and men XY Men with Klinefelter syndrome have 1-4 extra X chromosomes, so instead of the normal XY, they can be from XXY to XXXXXY.

Despite the need for more studies to confirm this, it appears that men with the Klinefelter syndrome show about 1% risk of developing breast cancer.

Men treated with radiotherapy to the thorax – for example during treatments for a lymphoma – might show increased risk of breast cancer.

The liver has a crucial role in the control of sexual hormones.

Probably because of its negative effect on the liver, excessive alcohol consumption increases the risk of breast cancer in men.

Estrogen medication used for hormonal therapies – for example in the treatment of prostate cancer – can slightly increase the chance of male breast cancer.

Recent studies shown that in women the risk of breast cancer increases with obesity during adult life.

Most probably, this is also a risk in men, since the fat cells (the adipose tissue cells) in the body can transform androgen into estrogen.

Regular exercise, and a healthy weight can reduce the risk of cancer and many other diseases.

CHANGES IN THE TESTICLES

Despite the need for more research to confirm these results, some studies indicate that testicular changes can increase the chance of breast cancer.
Examples include undescended testicles, testicle removal or having mumps as an adult (mumps can cause inflammation and swelling in the testes).

There is data suggesting that men who work in hot environments – such as steel mills – or are exposed to gasoline vapors show increased risk of breast cancer.